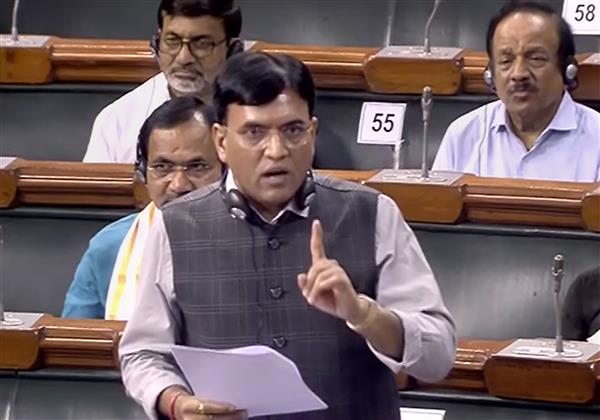 As many as 20 crore citizens—over 15 per cent of the country’s people—have opened digital health accounts under the Ayushman Digital Health Mission.

Health Minister Mansukh Mandaviya on Friday, while replying to a debate on a private members’ Bill, “Right to Health Bill 2022”, moved by RJD’s Manoj Jha, said the digital health mission was a futuristic idea towards which India was moving fast.

”Nearly 20 crore accounts have been opened under the Ayushman Bharat Digital Mission which will enable everyone to have digital health accounts and end the era of medical files. Digital accounts will be OTP protected and health data privacy will be maintained,” the minister said urging MPs to open digital accounts.

The minister, while detailing government programmes, including Ayushman Bharat which provides for health and wellness centres and cashless and free annual hospitalisation cover of Rs 5 lakh to poor and vulnerable families, urged Jha to withdraw the Bill. Jha followed suit.

The minister also said that out of the promised 1.5 lakh health and wellness centres, 1.22 lakh had already been set up.

The minister during his remarks referred to a satisfactory experience he had while recently visiting a wellness centre in Jhajjar where, he said, the attending doctor, in virtual mode, sought the opinion of a specialist doctor in PGI-Chandigarh, to treat a poor patient.

”The fact that a specialist doctor from PGI saw a poor patient at a Jhajjar wellness centre through telemedicine was extremely satisfying to me as I sat watching the process from a distance,” Mandaviya said, adding that India had doubled the number of medical colleges to 622 since 2014 and raised the number of MBBS seats from 51,000 to 1 lakh.