In a letter to the Lt Governor, the Delhi CM alleges that Saxena is seen interfering in the elected govt's work rather than improving the city's law and order situation 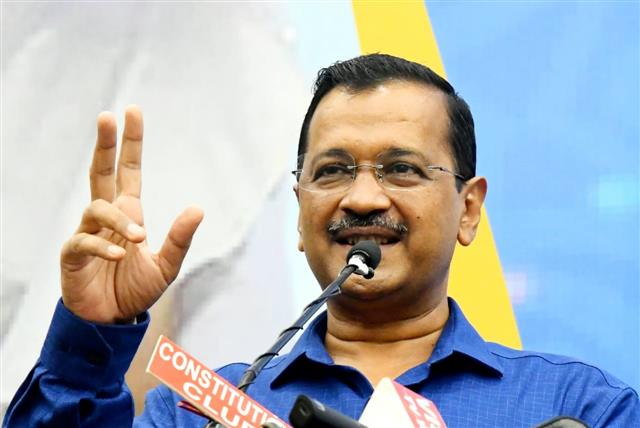 Chief Minister Arvind Kejriwal on Friday urged Lt Governor VK Saxena to pay attention to improving Delhi's law and order to prevent another Kanjhawla-like incident and allow the elected government to do its work.

Kejriwal was referring to the hit-and-run case in which a 20-year-old woman was dragged to death while trapped under a car in the national capital in the early hours of New Year's Day.

In a letter to the Lt Governor, Kejriwal alleged that Saxena was seen interfering in the elected government's work rather than improving the city's law and order situation.

Kejriwal said there was anger among the people because of the Lt Governor's intervention in the elected government's routine work.

He said the people of Delhi felt insulted when Saxena refused to grant an audience to the chief minister and the AAP MLAs who had recently gone to meet him at Raj Niwas.

Earlier in the day, in a letter to Kejriwal, Saxena accused the chief minister of issuing "misleading and derogatory" statements and resorting to "low-level" discourse amid an intense power tussle between the two sides.

Saxena added that he had invited Kejriwal and his deputy Manish Sisodia for a meeting but the chief minister insisted on meeting him with AAP MLAs, a request not possible on short notice.

Thanking Saxena for his invitation, Kejriwal sought a meeting on Saturday and said he would be accompanied by his ministers and MLAs.