Says govt regret over Nagaland incident not enough, credible steps be taken to prevent recurrence of such tragedies 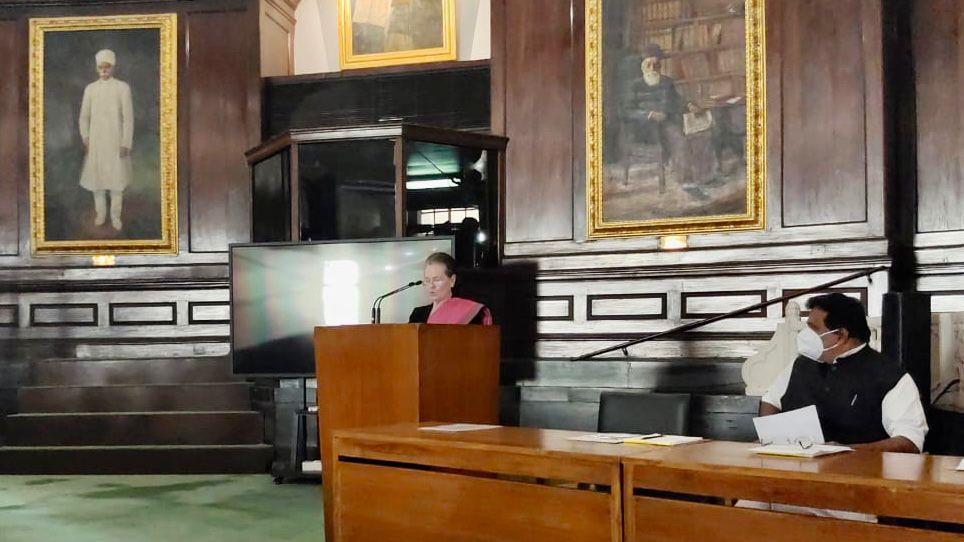 The Congress will seek a full-fledged discussion in Parliament on the border situation and on the issue of ties with neighbours, party president Sonia Gandhi said on Wednesday.

Addressing a meeting of the Congress Parliamentary Party, she said that the government's regret over the Nagaland incident was not enough and demanded that justice should be ensured for the families of the 14 victims killed in firing.

She said credible steps be taken to prevent recurrence of such tragedies.

Raising the issue of suspension of 12 Opposition Rajya Sabha MPs, she termed the move as outrageous and unprecedented, saying it violated both the Constitution and rules.

Gandhi also highlighted the issues facing farmers saying the Congress stands with farmers' demand for legally guaranteed MSP and compensation to families of farmers who died during the stir against farm laws.

The meeting in the Central Hall of Parliament was attended by all party MPs from Lok Sabha and Rajya Sabha, they said. PTI