Comes in response to BJP's petition to the panel 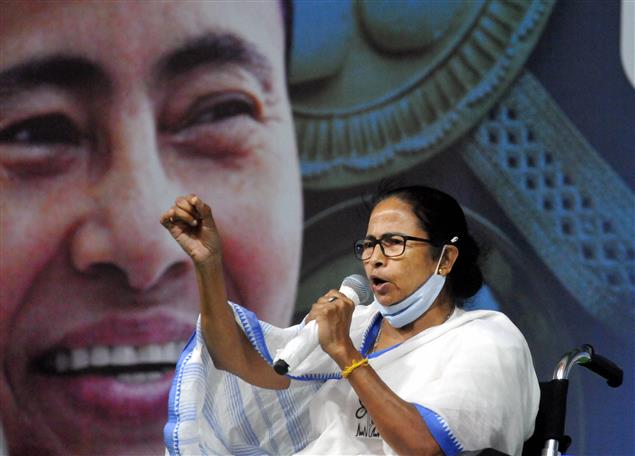 The Election Commission on Wednesday issued notice to West Bengal Chief Minister and TMC leader Mamata Banerjee for appealing to Muslims in the state that “their votes should not be divided”, which the poll panel claimed prima facie appeared to be in violation of Model Code of Conduct (MCC).

She has 48 hours to explain her stand to the election watchdog.

The development comes just a day after Prime Minister Narendra Modi hit out at the TMC chief claiming her comments indicate that the Muslim vote bank is slipping from the TMC’s grasp.

“Didi recently asked all Muslims to vote en bloc for her. It shows that the Muslim vote bank is slipping out of her hands. Had we said the same thing that all Hindus should unite, everybody would have criticised us. The EC would have sent us notices. We would have been censured,” the Prime Minister had said while addressing an election rally in Bengal on Tuesday.

The BJP had on Monday approached the EC seeking action against Banerjee, alleging she had violated the Representation of the People’s Act by asking Muslims to come together and vote for her party in the state Assembly polls.

During an election rally in Hooghly on April 3, the TMC leader had urged Muslim voters to vote en bloc for her party.