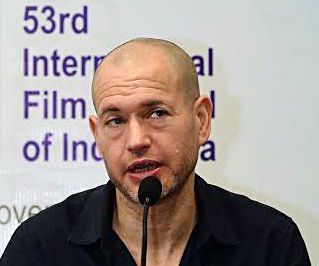 New Delhi: Filmmaker Nadav Lapid, who courted controversy by reading out from a statement on behalf the jury criticising “The Kashmir Files’’ for being substandard, has ploughed a lonely furrow that is at variance with the narrative by the state of Israel.

Lapid had said, “Usually, I don’t read from paper. This time, I want to be precise. I want to thank the director and head of the programming of the festival for its cinematic richness, the diversity and complexity…There were 15 films in the international competition. Fourteen out of them had cinematic qualities…and evoked vivid discussions. We were, all of us, disturbed and shocked by the 15th film, ‘The Kashmir Files’. That felt to us like a propaganda, vulgar movie, inappropriate for an artistic competitive section of such a prestigious film festival.”

In an earlier interview, he had said, “I felt the Israeli state had become unbearable for me” while he said his filmmaking was an antidote to the propaganda system that makes Israelis blind.

“I feel like it’s not enough to open their eyes, to shake their bodies, to hit them on the head – you’re fighting against huge forces,” he had observed about his 2019 film “Synonyms” about a young man who disowns his own country in disgust. It won the Golden Bear award at the 69th Berlin International Film Festival.