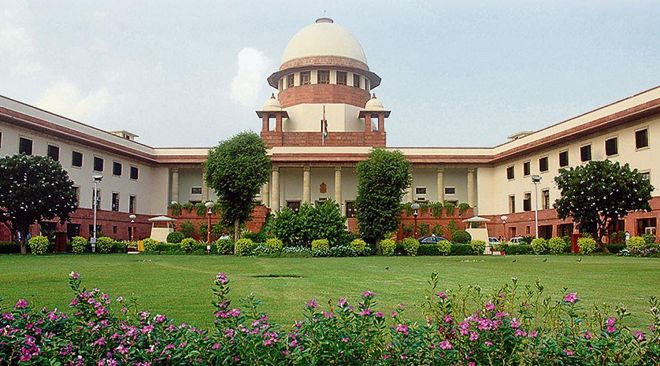 The Supreme Court has virtually admonished the Punjab and Haryana High Court for “defeating the administration of justice” by not listing a bail plea for hearing for over a year.

Expressing shock, a Division Bench made it clear that at least half of the judges were required to sit on alternate days during the prevailing pandemic to accord hearing to “persons in distress”.

The HC went into restricted functioning mode in March-end last year following Covid outbreak, following which it cancelled the summer vacation for itself and the subordinate courts in 2020. This year, the HC, however, decided to go ahead with the vacation even though the number of cases being heard drastically dipped to less than 1,000 just before the break from about 2,510 cases in April. As of now, just about six judges are holding the court during the vacation.

Non-listing of applications for bail defeats the administration of justice. —SC Bench

The matter was placed before the SC Bench of Justice Hemant Gupta and Justice V Ramasubramanian after a special leave petition (SLP) was filed by Chunni Lal Gaba against Assistant Director, Directorate of Enforcement. He had challenged an order whereby his request for hearing bail application, pending since February 28, 2020, was declined. The Bench said it normally did not interfere with an interim order by an HC. But it was constrained to pass the present order as it was “shocked” to see bail application not being listed for over a year. The Bench added an accused has a right to hearing on his bail application. In fact, denial of hearing was an infringement of right and liberty assured to an accused.

“Even during the pandemic, when all courts are making attempts to hear and decide all matter, non-listing of such an application for bail defeats the administration of justice…. Non-listing of an application for regular bail, irrespective of the seriousness or lack thereof, of the offences attributed to the accused, impinges upon the liberty of the person in custody,” the Bench added.

It also expressed hope that the HC would be able to take up the application at an early date so that the right of the accused was not taken away.