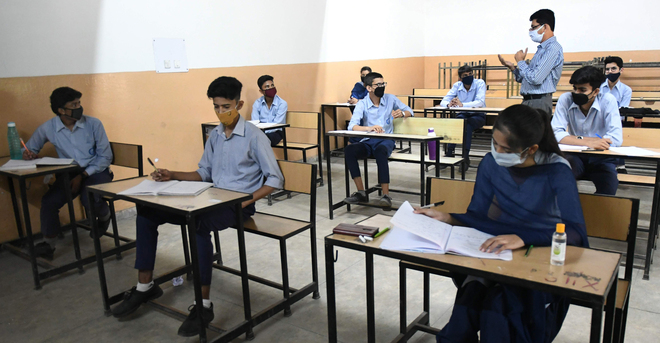 The Central Board of Secondary Education (CBSE) on Thursday told the Delhi High Court that the evaluation policy for this year's Class X board examination has been prepared keeping in mind that no school should be able to do injustice with the students and marks be awarded based on the learning.

The board said responsibility has been given to the ‘result committee' to ensure just, fair and reliable result and a similar policy with extended liberty has been prepared in Class XII policy which has already been approved by the Supreme Court.

Due to the COVID-19 pandemic, Class X exams were cancelled by the board and an evaluation policy was formulated to evaluate students this year.

The CBSE's counsel submitted before a bench of Chief Justice D N Patel and Justice Jyoti Singh that there was no illegality in taking reference of previous year's result of Class X of a school in order to maintain standardization in the result.

“I submit that, while formulating Evaluation Policy for Class X, there is neither any abuse of power by the answering respondent (CBSE) nor there is failure of governance as the said Evaluation Policy has been formulated having holistic approach and ensuring that no student is prejudiced by rationalising internal assessment performance of students and bringing semblance of parity amongst the assessment of different schools,” the board said in its affidavit filed under the name of Controller of Examination, CBSE, Sanyam Bhardwaj.

Advocate Rupesh Kumar, representing CBSE, said the board has taken all the steps to ensure fairness in the results and no student will have any grievance with regard to the evaluation policy of class 10th.

The affidavit said the policy has been prepared by a team of experts from the schools and CBSE and while preparing the scheme, it has been kept in mind that no school should be able to do injustice with the students and marks be awarded based on the learning of the student.

Result should not be more than the best result of past three results and while allowing moderation to the result committee, limits have been fixed, it said.

The court was hearing a petition by NGO 'Justice for All' claiming that the policy of the board for calculating marks of Class X students based on the internal assessment by schools was unconstitutional and required to be modified.

On the NGO's submission that the board should make an arrangement for uploading the soft copy of the marking scheme followed by schools, the CBSE said result prepared with the petitioner's suggestions will damage the credibility and image of the CBSE across the globe resulting disadvantage to the students in future.

It also said that to ensure fair and unbiased evaluation, the Evaluation Policy for Class X provides that each school shall form a ‘Result Committee' consisting of Principal and seven teachers for finalising the results and out of the seven teachers, five would be from the school and two from neighbouring schools.

The high court has now listed the matter for August 6 for hearing rebuttal arguments of the counsel for the NGO.

Advocates Khagesh Jha and Shikha Sharma Bagga, appearing for the NGO, had contended that the CBSE's evaluation policy for this year's Class X board examination did not have any grievance mechanism for students.

The counsel had emphasised that this year the schools were free to have their own marking policy and that a student has no way to know how he/she was marked and thus like previous years, students should have access to the documents based on which evaluation is done.

The high court had on June 2 sought response of the Centre, Delhi government and CBSE on the NGO's petition.

The NGO has alleged that it can also lead to the manipulation of marks and exploitation, extortion of the students and parents. PTI