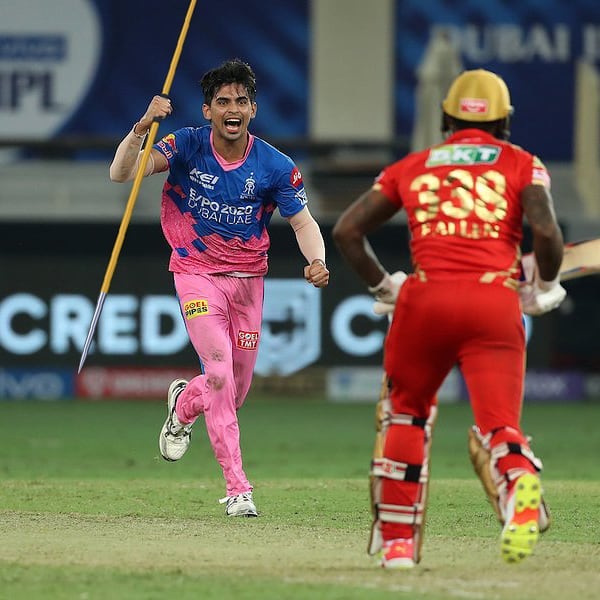 Neeraj Chopra, India’s first-ever gold medal in track and field events, was “spotted" at the Dubai International Cricket Stadium during the IPL.

Tyagi or Chopra? that’s how the fans linked the javelin thrower to IPL.

On Tuesday, when the game was in Punjab's hands and there was no way Rajasthan could have stolen it, the unthinkable happened.

Punjab Kings' two-run loss to Rajasthan Royals despite the fact that they had to score just eight runs in the final two overs to snatch a win in the crucial Indian Premier League match was tragic.

Young RR pacer Kartik Tyagi's last-over heroics guided the side to a nail-biting victory. Punjab needed four runs in the last over but Tyagi conceded just one run and took two wickets to guide his side home and he overnight became an Internet sensation.

And, this is how, fans related Kartik Tyagi to the Olympic champ, Neeraj Chopra.

Am I the only one who thinks Kartik Tyagi looks like Neeraj Chopra 👥#KartikTyagi #NeerajChopra pic.twitter.com/BdASbiifz0

What an amazing Last over bowled by Neeraj Chopra 🥂 pic.twitter.com/0LY55wVlvi