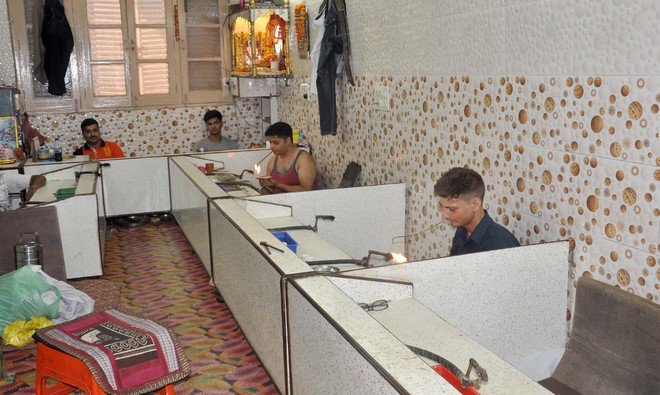 Thousands of skilled artisans from Bengal and Maharashtra, designing gold jewellery have left for their native places due to a fall in its demand.

Sheikh Abdullah, a skilled artisan, said he had recently constructed a house in a colony on the Majitha Road Bypass. He said he could not go back as he was completely settled here while his close relatives still reside in Hugli, a town in West Bengal. He had migrated here in 1997. He hoped that the artisans would return before the festival and marriage seasons as the demand would bounce back then.

Satish Chavan, a skilled artisan from Solapur in Maharashtra, said there were about 250 shops and workshops of Marathi people here. Most of them are involved in gold melting business. He added that most of the workers from Maharashtra returned to their native towns and villages due to no work.