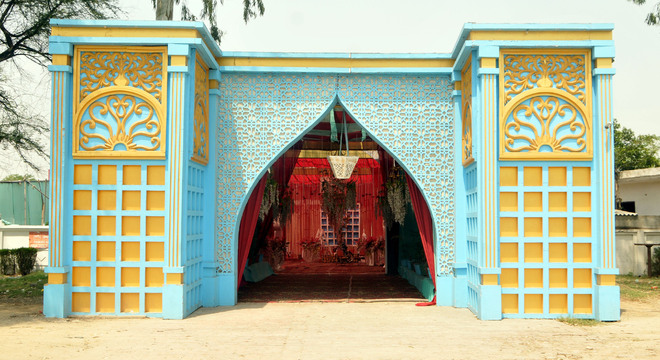 Restrictions such as no gathering above 20 persons, imposition of daily curfew and weekend curfew to blame

People associated with marriage business said they have once again drawn a blank from the promising marriage season, which began on April 18 and will conclude on May 15. Thanks to intensive restrictions such as no gathering above 20 persons, imposition of daily curfew at 6 pm and two-day weekend curfew imposed in the wake of the rising positive cases.

A rough estimate suggests that the business amounting to crores was not taking place and thousands of daily wagers associated with the wedding industry have exhausted their earnings as well. A wedding offers employment to 100 to 150 people such as band players, waiters, electricians, photographers, videographers, DJ, florists, decorators, security guards, caterers, cooks and taxi operators among others. It is that time when vegetables, fruits, dairy products, poultry, spices and other eatables are bought in bulk, giving the much needed boost to the sales and impetus in the market.

Happy Narula, president of the Amritsar Tent Association, said: “At least 5,000 marriages were scheduled during the undergoing wedding season and 90 per cent of these are being performed in a simple way and being attended by 20 persons as per the directions of the government.”

He said a major portion of these marriages were originally scheduled last year. However, due to the Covid-19-induced lockdown and restrictions thereof, these were postponed. Finally, these were held in a simple way denying earning opportunities to over 30 professions associated with the wedding business and hundreds of skilled, semi-skilled and unskilled daily wagers.

Ranjit, who is also the president of Amritsar Resorts’ Welfare Association, said the city-based wedding industry suffered a loss of around Rs150 crore with the cancellation and simple marriages this time. He sought that the government must allow gatherings as per the area of a resort and one-rule-for-all like 20 people in a wedding was not justified.