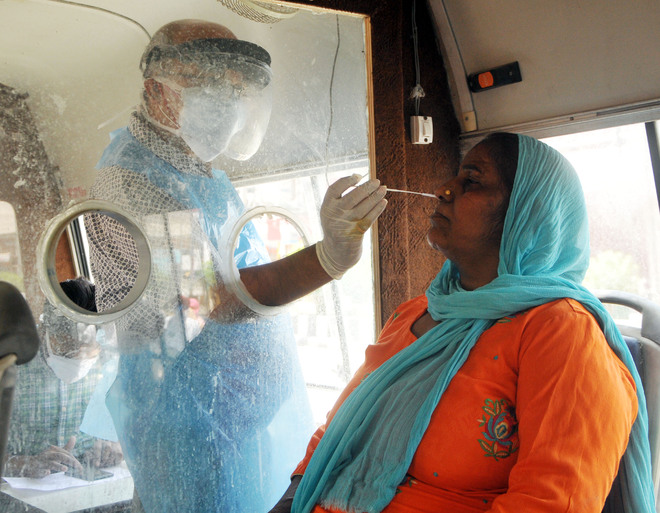 The district recorded 17 more deaths in the past 24 hours, taking the toll to 962. The health authorities reported 518 new cases, pushing the tally to 32,508. The new cases include 387 influenza-like illness cases and 131 contacts of positive patients.

ADC Dr Himanshu Aggarwal, District Nodal Officer for Covid-19, said: “The death rate certainly increased today. But we are monitoring each fatality and most of these occurred due to late reporting. We are putting in more efforts in five containment zones and 28 micro-containment zones to check the spread of the virus.”

With the recovery of 345 patients, the recovery tally reached 26,356. There were 5,190 active cases in the border district. 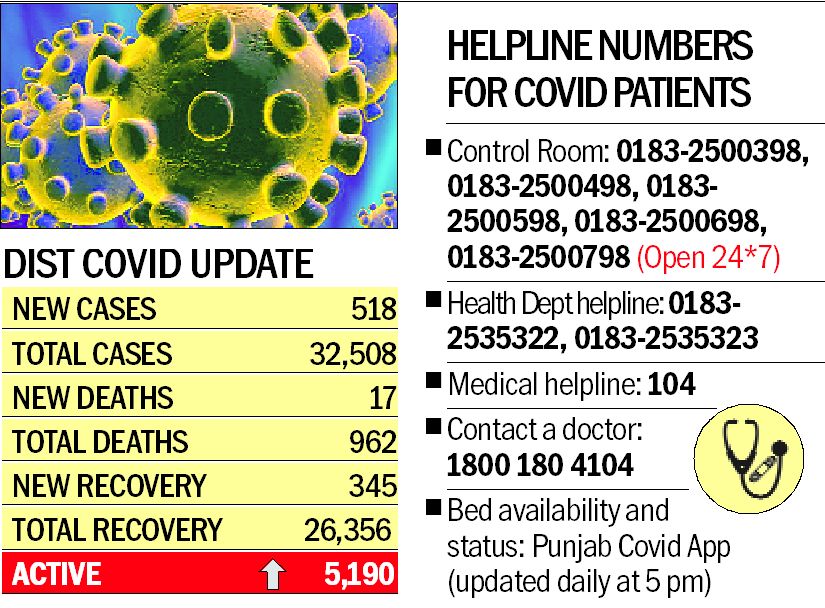