Why some chickens are resistant to bird flu

LONDON: The genes of some chickens make them almost completely resistant to a serious strain of bird flu, new research has found. 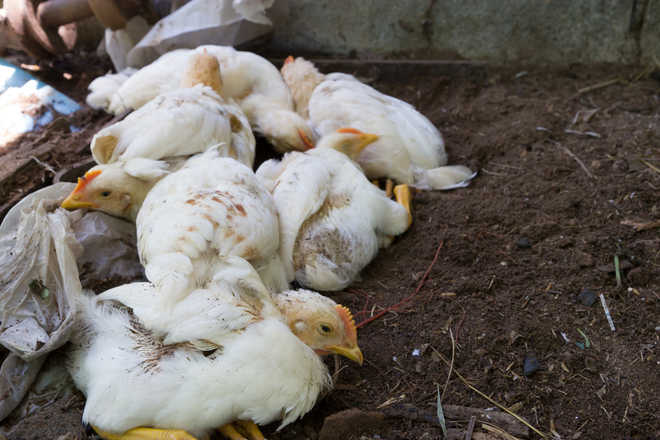 The genes of some chickens make them almost completely resistant to a serious strain of bird flu, new research has found.

The findings suggest that genetics play a key part in whether the birds are susceptible or resistant to the potentially deadly virus.

Until now, scientists around the world have paid little attention to the role the genetics of birds play in the transmission of flu, focusing instead on how the virus itself evolves and infects.

"It is important for us to understand how different genetic lines of bird react to influenza viruses, so that we can begin to understand the spread of the disease," said lead researcher Colin Butter, Reader in Bioveterinary Science at University of Lincoln in Britain.

"Until now we knew relatively little about how a bird's genetics can affect its reaction to flu virus but this new research, which for the first time shows that some poultry lines are genetically resistant to avian flu, represents a significant step forwards," Butter noted.

The study was published in the journal Scientific Reports.

"Our results are valuable in emphasising the important role a 'host' plays in the spread of avian flu, and also in highlighting a number factors relating to the chain of infection and control mechanisms which are affected by the route of infection," he added.

The research was carried out at The Pirbright Institute, an international research centre working to improve the health of farm animals worldwide.

The researchers examined two different lines of chickens to determine whether genetics played a part in the susceptibility or resistance to infection.

They found that birds that carried the virus but were genetically resistant to the disease only shed the virus through their respiratory tract and for a limited period of time, whereas birds which were susceptible to the disease also shed virus in faeces and over a longer time.

The researchers discovered that this was the only relevant means of spreading the virus and that resistant birds were therefore completely unable to initiate or sustain a chain of infection.

Further results in the study suggested that this could be due to a genetic restriction within the animal which stops the virus spreading when inside the body. — IANS