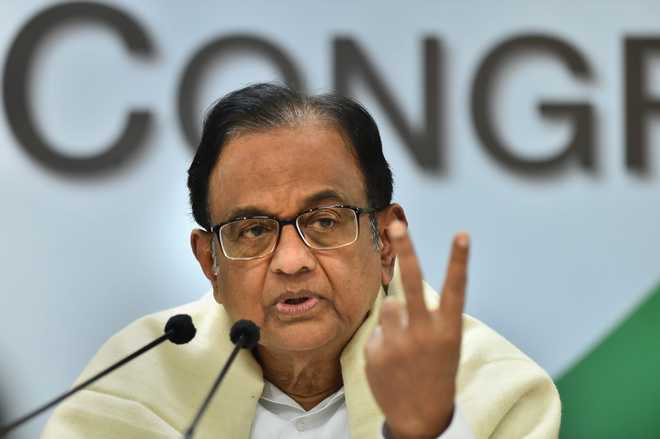 A Delhi court on Tuesday granted three months to the CBI, the ED to obtain a report on Letters Rogatory from the United Kingdom and Singapore in relation to their ongoing probe in the Aircel-Maxis matter against former union minister P Chidambaram and his son Karti.

Special Judge Ajay Kumar Kuhar, in proceedings held through video conferencing, allowed the request made by both the agencies, after the counsel representing them informed that the LRs have been sent but no reply has been received.

The court adjourned the matter, which is at the stage of taking cognizance, for November 3.

During the proceedings on Tuesday, Additional Solicitor General Sanjay Jain, appearing for the CBI and the ED, submitted that report on the LRs are still awaited and a reminder has been sent to the competent authority in the United Kingdom and Singapore on June 27 to expedite the report on the Letters Rogatory.

Senior advocate Sonia Mathur, also appearing for the agencies, submitted that it might take about three months’ time to get the report and requested the court to adjourn the matter for arguments on the point of cognizance, suitably so that the required report on LRs were obtained.

“Although, sufficient time has passed since the filing of the charge sheet in the CBI, in view of the aforesaid request, the matter stands adjourned. List on November 3, 2020,” the judge said.

Judicial requests, also known as letters rogatory, are issued by courts on the request of an investigation agency when it wants information from another country.

The CBI is investigating how Karti Chidambaram, son of Congress leader P Chidambaram, received clearance from the Foreign Investment Promotion Board (FIPB) for the Aircel-Maxis deal in 2006 when his father was the Union finance minister.

The ED is investigating the money laundering aspect of the crime, agency’s Special Public Prosecutor NK Matta told the court.

The CBI and the ED had alleged that P Chidambaram, as finance minister during the United Progressive Alliance regime, granted approval to the deal beyond his capacity benefiting certain persons, and received kickbacks. PTI