The govt will meet the expenses for repair work 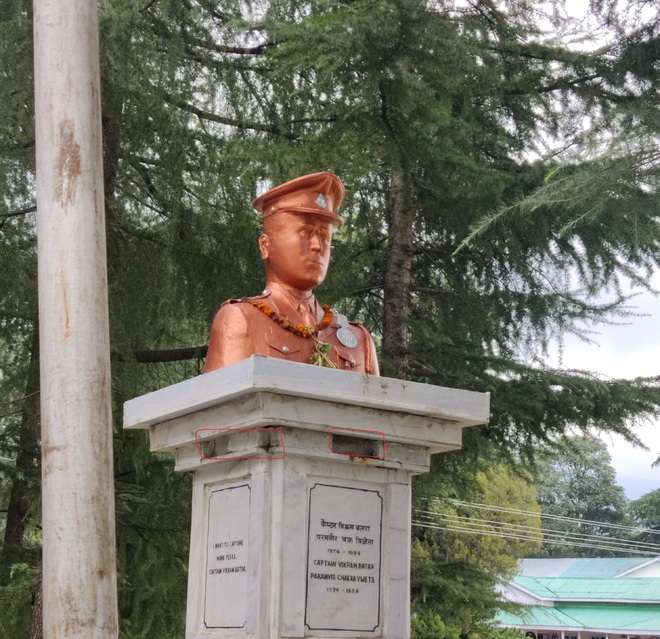 The district administration today returned the money given by GL Batra, father of Captain Vikram Batra, PVC, for the repairs of the statue of his martyred son installed in the heart of Palampur town.

Batra had visited the local authorities six months ago with a request to repair the statue which was in bad shape. Since the administration said it had no funds, Batra handed over a cheque for Rs 1 lakh to the SDM Palampur.

The parents of martyr Captain Vikram Batra, who sacrificed his life while fighting with Pakistani intruders in the Kargil war in 1999, had urged the Chief Minister in April, seeking his personal intervention for the repair of statue of his son which is in a state of neglect and needed immediate repair.

The father of the martyr had said if the state government was unable to maintain the statues, these should be handed over to the families of the martyrs, army authorities or private bodies like ex-servicemen league so that these could be looked after properly. However, the CM office neither released the funds, nor replied to the letter.

Captain Vikram Batra was honoured with Param Vir Chakra (PVC) posthumously after the Kargil war. The statue of the martyr was installed at Pragati Maidan. The platform of the statue had developed cracks and in the absence of repair, it can collapse any time. The platform was damaged a year ago and nobody bothered to repair it.

In another case, parents of martyr Sanjay Kumar had also given money for the installation of a statue of his son, who had sacrificed his life for integrity and unity of the country.

On the directions of Kangra DC money was returned to both families with the assurance that the government would meet all the expenses for the repair of the statues of the martyrs in Palampur.