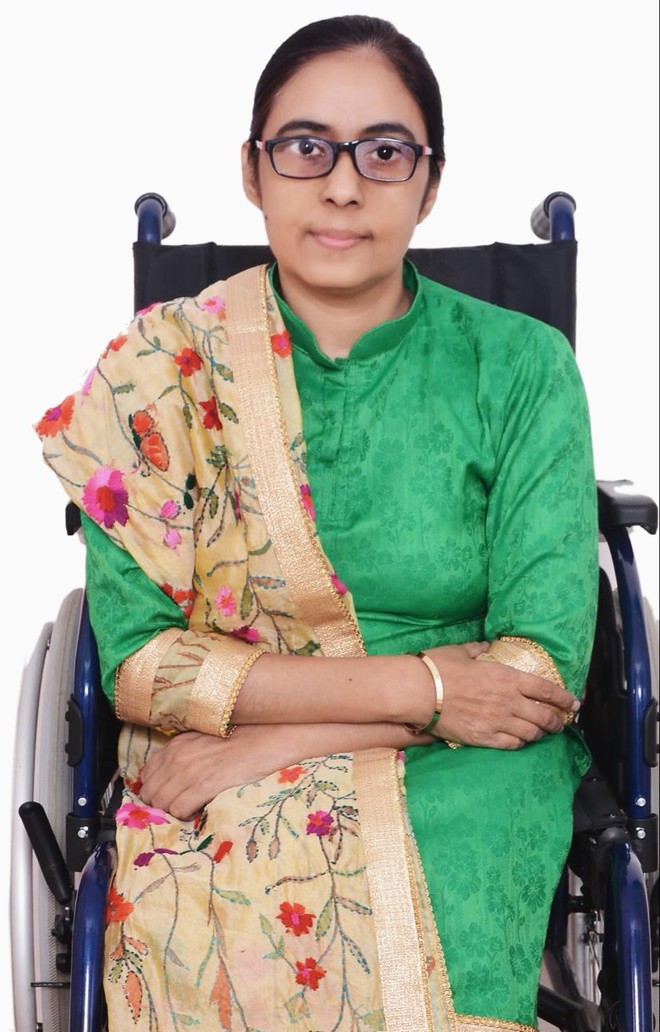 Inderjit Kaur Nandan is unable to stand — she is a victim of muscular dystrophy, has been since her childhood. But when it comes to working for her likes, the differently-abled, there might be only a few out there who could match her.

Dedicating many years of her life to the cause, she has been associated with various institutions for their betterment since 1997. And in 2018, she was conferred with the ‘National Award for The Empowerment of Persons with Disabilities’ (Self-Employed with Disabilities category). A role model for her kinds, she also has about half a dozen books to her credit.

Inderjit still hasn’t run out of steam. She feels that mere observing a day won’t just solve problems but there are things that need to be done and adopted practically, however, no one heeds the challenges people with special needs face day in and day out.

Inderjit voices the concern, “Every year on this day, the government, administration, NGOs and all sort of people could be seen pledging to empower us but practically there’s not much done and even the sensitivity is missing. There’s no place where any wheelchair-using person can go on its own, no roads or streets where there are no ‘barriers’. Accessibilty is nowhere visible in the shopping complexes, public places and even at the government institutions. People like me are also divorced from the choice of choosing clothes because most of the times the stores and shops have staircases and no ramps are there to facilitate wheelchairs.”

Inderjit, who had formed Divya Kala Sahitya Sabhyachar Manch Punjab and working with the NGOs; she had also been behind the district administration’s programme ‘Har Veervar Divyang Da Satkar’, feels that another major problem is lack of social acceptance. “People’s reaction towards the helplessness and pity causes mental agony. People need to change their outlook towards differently-abled.”

She had presided over the national-level seventh edition of Akhil Bharati Divyaang Sahitya Sammelan in Nasik. Being the district coordinator for differently-abled during 2019 general election and having conducted the accessibility audit at 443 booths of the district, she has been has been chosen again as the ‘icon’. Her NGO helped providing ration and other necessary items to the handicapped, with the help of other non-profits. She feels that despite the provisions of law much needs to be done. “Rights of Persons with Disabilities (RPWD) Act, 2016, is there to protect the rights and it aims to achieve equality between PWDs and others. It’s liability of the government to protect our rights and to ensure equal opportunities. This needs to be implemented in letter and spirit to promote equality and dignity in various aspects of life – be it educational, social, legal, economic, cultural or political,” she says.