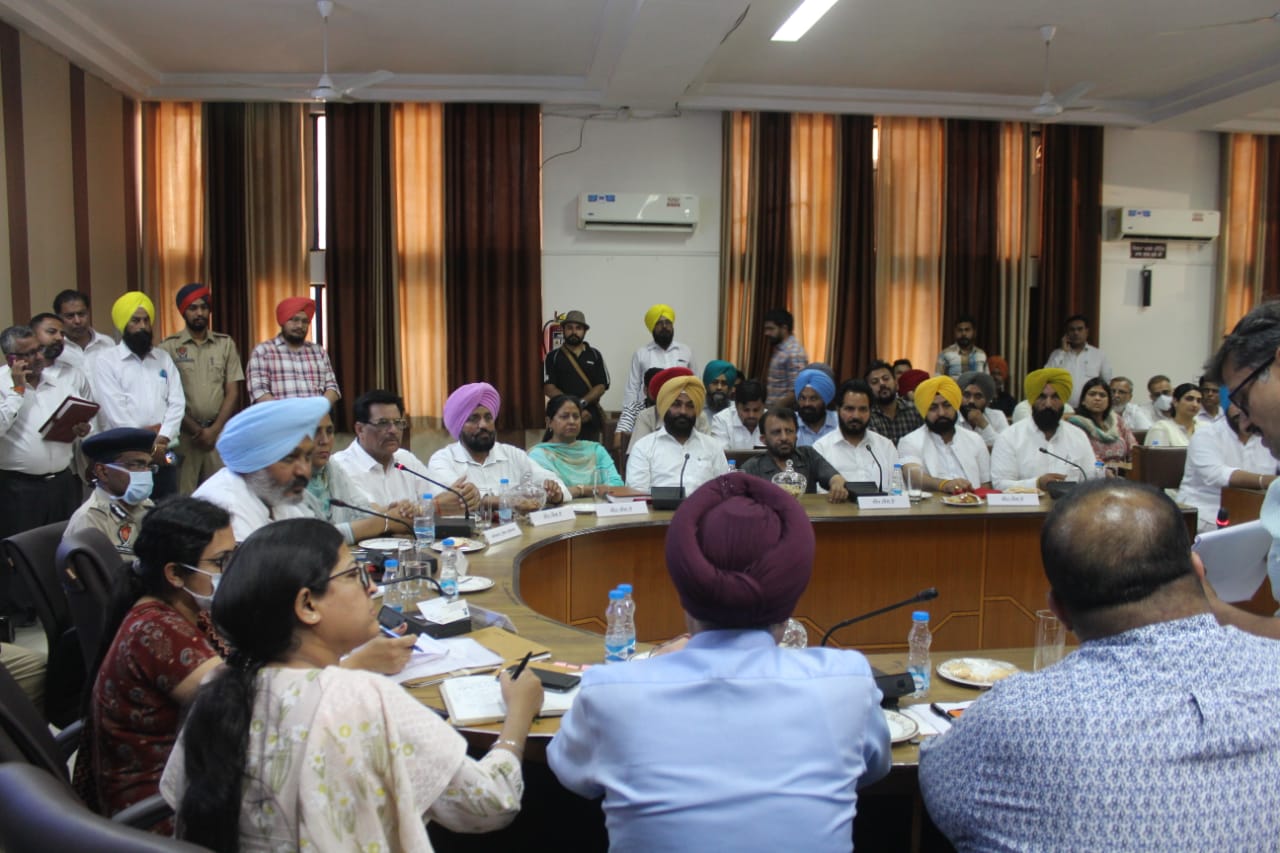 Punjab Finance, Planning, Programme Implementation, Excise and Taxation and Cooperation Minister Harpal Singh Cheema today said what previous governments tried doing after four-and-a-half-years of their rule, Bhagwant Mann-led AAP government did it in first 50 days of coming to power in the state.

Those interested in giving suggestions for ‘Janta Budget’ can leave a message at the portal finance.punjab.gov.in or at email ID punjabdabudget@gmail.com till May 10. More than one lakh suggestions have already been received till date. Harpal Singh Cheema, Cabinet Minister, Punjab

“We have already advertised more than 26,000 government jobs, besides several other people-friendly decisions have already been taken. Even seeking suggestions from all sections of society in our first ever Budget is in itself a revolutionary step,” the Cabinet Minister said.

Cheema said this while interacting with Ludhiana industrialists and sought their suggestions for ‘Janta Budget’ at Bachat Bhawan here today.

While addressing industrialists, Cheema said sadly, previous governments in the state had not taken any concrete steps to address problems related to the industry, due to which development did not take place properly. If steps for upliftment of industry were not taken now, it could have serious consequences, he added.

“That is why the Chief Minister Bhagwant Mann-led Punjab government is seeking suggestions of people from all sections of society while assuring that these will be incorporated in the forthcoming budget,” said Cheema.

Those interested in giving suggestions could leave a message at the portal finance.punjab.gov.in or at email ID punjabdabudget@gmail.com till May 10, 2022, to participate in the preparation of the Budget, he added. Till date, more than one lakh suggestions had already been received, he added.

The Finance Minister said when people give their suggestions, they should also share their grievances, which would be resolved accordingly.