Pollywood at a glance 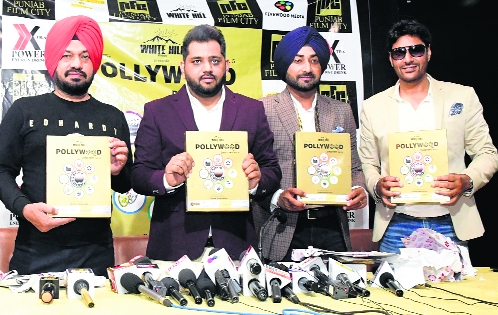 Proper information and networking plays a vital role in succeeding in any field but it’s particularly true of the entertainment industry. Keeping it in mind, film promoter and writer Sapan Manchanda has taken an initiative to provide an informative directory. It was released in the presence of renowned singer and actor Harbhajan Maan, Ranjit Bawa and comedian Gurpreet Ghuggi. President of Film City Iqbal Cheema was also present along with several celebrities at the launch.

“I feel immense pleasure to announce that the fifth edition of this directory not only contains information about people in the entertainment industry but also about films released during the year 1935 to 2020,” shared Sapan Manchanda.

Gurpreet Ghuggi shared, “Punjabi film industry has grown a lot in the recent past. It has welcomed many new faces in the industry; this directory is no less than a roadmap for all of them.” Singer and Actor Harbhajan Maan said, “Historical information about movies is the USP of this directory.” Singer and Actor Ranjit Bawa added, “It requires great effort to assemble all the data and arrange it category-wise.” - TNS