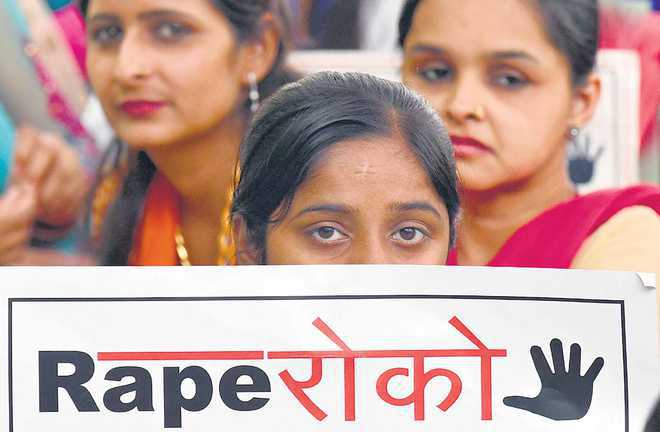 A day after a Dalit girl was allegedly sexually exploited by a BJP leader in Budhladha area of Mansa district, National Commission for Scheduled Castes has taken note of the matter. The NCSC director in a letter issued to Mansa Deputy Commissioner and Senior Superintendent of Police have sought ‘action taken report’ to be submitted it to it within a week.

Meanwhile, the accused is on the run and police teams have been constituted to arrest him.

Kaushal Kumar, NCSC Director, in the letter has asked the authorities concerned to provide details of brief details and nature of crime, name and address of the victim, details of accused, FIR sections applied, number of accused arrested and also details of compensation provided to the victim.

Notably, the incident was reported in The Tribune this past week wherein it was highlighted that the police have registered a case against Prem Garg, a BJP leader (former district secretary of the party) and an active RSS associate, for allegedly sexually exploiting a Dalit girl in the Budhlada area of Mansa district following a complaint by the victim’s sister. The girl, in her mid-20s, had tried to commit suicide by consuming a poisonous substance.

The victim’s sister had mentioned in her complaint that Garg, a municipal councillor of the Budhlada Nagar Council and a BJP leader, had taken pictures of the girl in compromising position and blackmailed her to establish physical relations with him, else he would release her pictures on public platforms.

Following which the accused was booked under sections 354, 306 and 116 of the IPC and other relevant sections of the SC/ST Act.

Surendra Lamba, SSP, Mansa said, “The accused is absconding and we are making all out efforts to arrest him. The matter is under investigation and after his arrest there will be more clarity with regard to the incident. We have been collecting medical as well as other vital evidence from the girl’s family.”