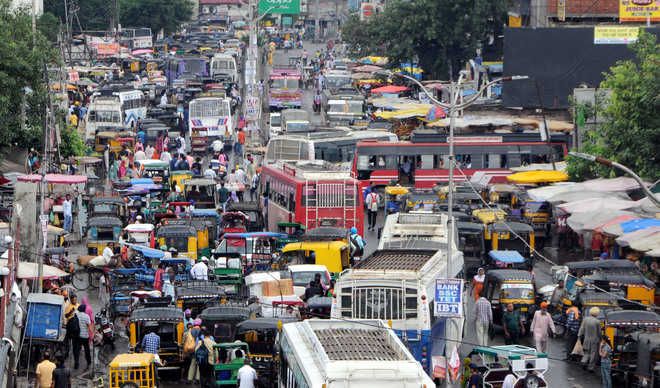 To streamline city’s traffic, the district administration has chalked out a plan to bring some roads under a pilot project and directed the police personnel to tow away wrongly parked vehicles.

This was decided in a meeting chaired by Deputy Commissioner Gurpreet Singh Khaira. He directed that initially 34 busiest roads should be selected and be split in A and B categories depending upon the rush of vehicles. He said initially traffic plan for these roads have been handed over to the concerned SDM, Executive Engineer PWD and traffic police in-charge of the area. Now, they will prepare holistic plan keeping in view encroachments, traffic lights, haphazard parking, divider and other aspects followed by the submission of a report in this regard. Following practical evaluation of the plan, the rest of the major roads of the city would be brought under this plan.

He directed Regional Transport Authority (RTA) Secretary Jyoti Bala and police officials to ensure that no auto-rickshaw with permit from other districts should ply the city roads. He said all the auto-rickshaws being run on locally issued permits should display the number for swift verification by police.

Khaira also directed officials to carry out study of those spots where accidents had occurred repeatedly. So the faults, if any, should be rectified immediately.