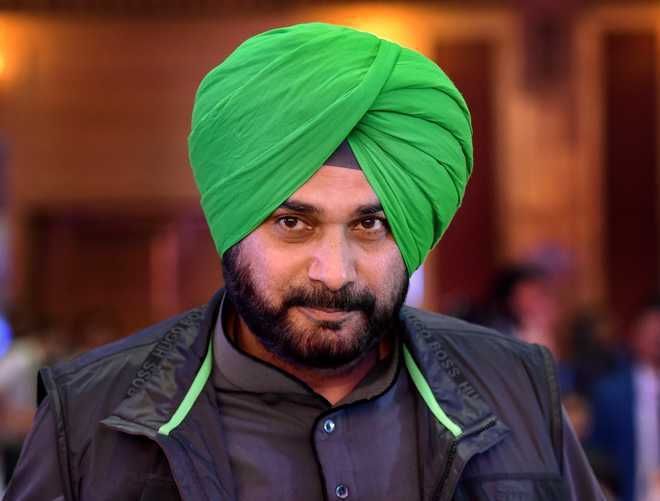 The resolution of Punjab Congress factionalism is all set for the delay with MLA Navjot Singh Sidhu said to be reluctant on deputy chief minister-ship the Congress offered to him as a proposal to buy peace in a faction-ridden party.

A second meeting Congress leader Rahul Gandhi took with the AICC panel on Punjab within four days (the first was held on Sunday) remained inconclusive today with the general secretary in charge of the state Harish Rawat telling The Tribune that the resolution of the matter was likely by July.

"Punjab issue will be solved when Monsoon arrives in Punjab, by July. It is not about one or two individuals. A comprehensive party revamp is underway and consultations are on," he said.

Asked where the matter was stuck considering the Congress wanted to fast track the matter, Rawat said, "Further deliberations are required to resolve many issues and deal with nitty-gritty. It is a complex balancing act. We have to unite the party ahead of the next elections and take everyone along."

The Tribune has learnt reliably that Sidhu is not keen on a deputy CM-ship and remains adamant on the demand of being the state unit president.

The CM for his part is not agreeable on Sidhu as the state chief -- a post he wants for a Hindu.

The Congress is learnt to have offered deputy CM ship to Sidhu who had quit the state cabinet in 2019 after being divested of the local body portfolio.

A Congress source said, "Attempts are on at a fair resolution. The CM and Navjot Sidhu are both stuck on their stands. Discussions are on to break the impasse."

With the AICC panel making it clear to the party high command that CM Amarinder Singh should steer the party ahead of the next elections, it remains to be seen how far the Congress will go to "suitably accommodate Sidhu', as recommended by the panel led by Mallikarjun Kharge.

Sources said the Congress would not disturb the CM much and would seek to forge unity of all factions, preferably including Sidhu, behind him.

Sidhu's accommodation is holding up matters and continues to be discussed.