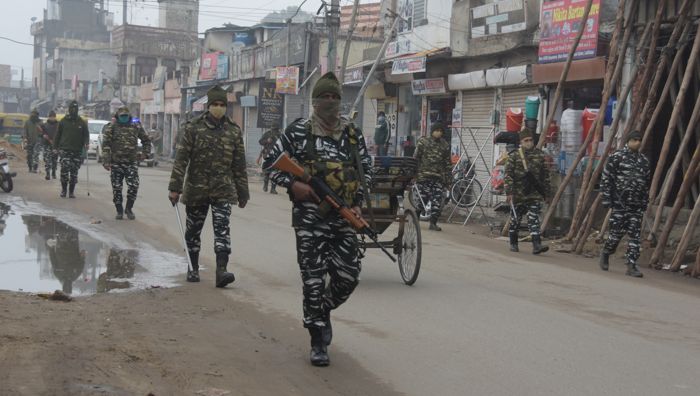 Around 4,000 police personnel of the Ludhiana Commissionerate, 800 jawans of paramilitary force would ensure no anti-social element create any law and order problem.

The district police have made adequate security arrangements for the Republic Day celebrations. Around 4,000 police personnel of the Ludhiana Commissionerate, 800 jawans of paramilitary force would ensure no anti-social element create any law and order problem.

Additional Deputy Commissioner of Police, Headquarters, Pragya Jain told The Tribune that for the safety and security of the Republic Day celebrations, the Ludhiana police conducted anti-sabotage checking with specially trained police officials on all sensitive points of Guru Nanak Stadium here.

Apart from this, all entry and exit points of the city have already been sealed and the police along with paramilitary jawans have been conducting checking of vehicles. Even the identity of commuters entering the city is also being checked to ensure that no criminal or anti-social element enters the city.

“Our 4,000 cops and 800 paramilitary jawans have already been deployed at the strategic places. The staff sitting at the high-tech police control room would also keep a tab on anti-social elements through the hundreds of smart city cameras. Senior officials like the ADCP, ACP and SHOs will also remain in the field,” said ADCP Pragya Jain.

Jain appealed to the residents to inform the police if they see anything suspicious. “People can also send image or videos of suspicious persons, things or vehicles on the police control room mobile number 78370-18500 or they can call at 112. The police will take immediate action. People should avoid sharing fake information,” the ADCP added.