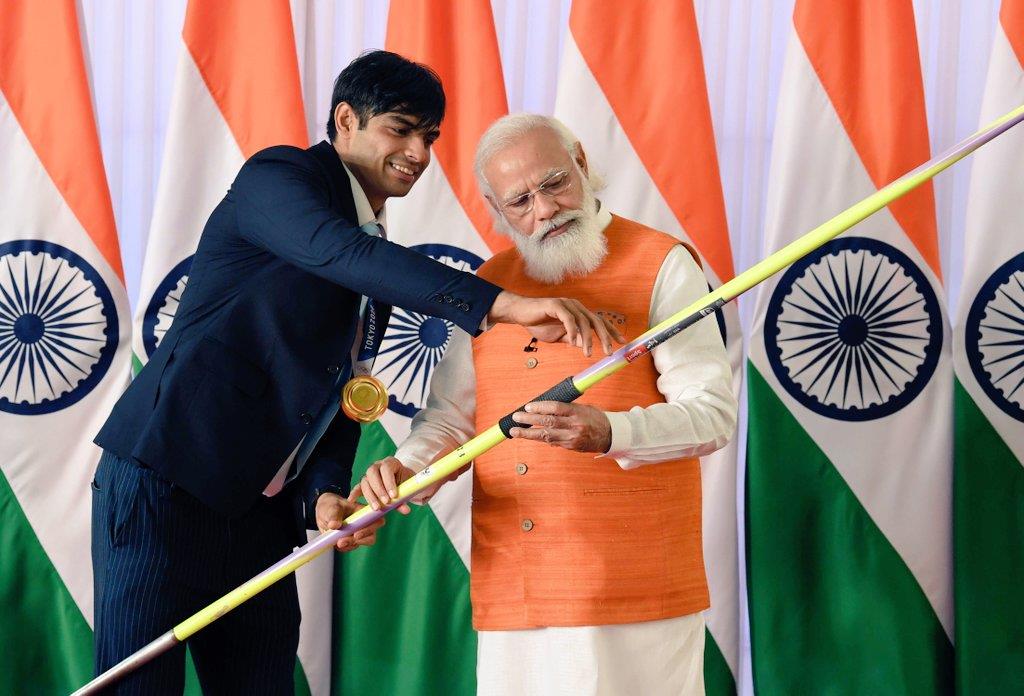 PM Modi turned 71 years on Friday. Among the plans for the celebration is e-auction of gifts and mementos received by Modi, which includes Neeraj Chopra's javelin, which the Olympic gold winner gifted to the PM earlier last month.

Wishing him a long and healthy life, President Ram Nath Kovind said may he continue to serve the nation with his spirit of relentless service.

Tibetan spiritual leader the Dalai Lama also greeted the PM on his birthday, saying the growing confidence he has brought about, despite challenges like the Covid-19 pandemic.

In a letter to Modi, His Holiness the Dalai Lama, wrote: "I offer my heartfelt greetings to you on your birthday. May you continue to live a long and healthy life.”

"As someone who cares deeply about this country, I congratulate you on the growing confidence you have brought about, despite challenges such as the Covid-19 pandemic that has affected people around the globe. As the most populous democratic nation in the world, India's success benefits not only the people of India, but also contributes to the development of the world as a whole.

"I am convinced that the age-old Indian traditions of doing no harm -- ahimsa, backed by a compassionate motivation -- karuna, are not only relevant but are necessary in today's world. I also believe these principles can be readily  combined with modern education for the wider benefit of humanity.

"Whenever I have the occasion to do so, I regularly commend India for its robust democracy, its deeply rooted religious pluralism and for its remarkable harmony and stability.

"For us Tibetans living in exile, India is not only our spiritual refuge, but for more than 62 years has also been our physical home. May I again take the opportunity to offer our deep gratitude to the government and people of India for the warm and generous hospitality we have received." In conclusion, the spiritual leader offered his prayers and good wishes.”

Home Minister Amit Shah lauded Modi, saying he not only gave the country the idea to think ahead of time and fulfil its resolve with hardwork but also made it a reality.

In Modi, the country has got a strong and decisive leader who gave a dignified life to those who were deprived of their rights for decades, he said.

Modi brought them in the mainstream of development, Shah added.

The prime minister has shown the world what people-loving leadership is like, he said.

Defence Minister Rajnath Singh said Modi has written many new chapters in development and good governance in his tenure so far and wished that he fulfil his dream of making India a strong, prosperous and proud country.

Born in Gujarat in 1950, Modi joined Hindutva organisation Rashtriya Swayamsevak Sangh (RSS) at an early age and was later drafted into the BJP.

Made Gujarat chief minister in 2001, Modi has never suffered an electoral setback when votes were cast on his leadership, leading the BJP to power in the state for three consecutive terms and then at the Centre back to back in 2014 and 2019.

The BJP embarked on a mega 20-day public outreach, "Seva and Samarpan", from Friday to mark his 71st birthday and it will continue till October 7 to also commemorate his 20 years in public life, including as Gujarat chief minister.

It has asked its workers to facilitate the Covid vaccination drive as it eyes record-breaking numbers on Friday.

On the occasion, the Ministry of Culture will organise an e-auction of gifts and mementos received by Modi. It includes the javelin thrown by Olympic gold medalist Neeraj Chopra, which he had presented to the PM recently. A report in The Indian Express quoted sources in the ministry as saying the base price of the javelin is expected to be around Rs 75 lakh, and that they are expecting it to fetch above crores.